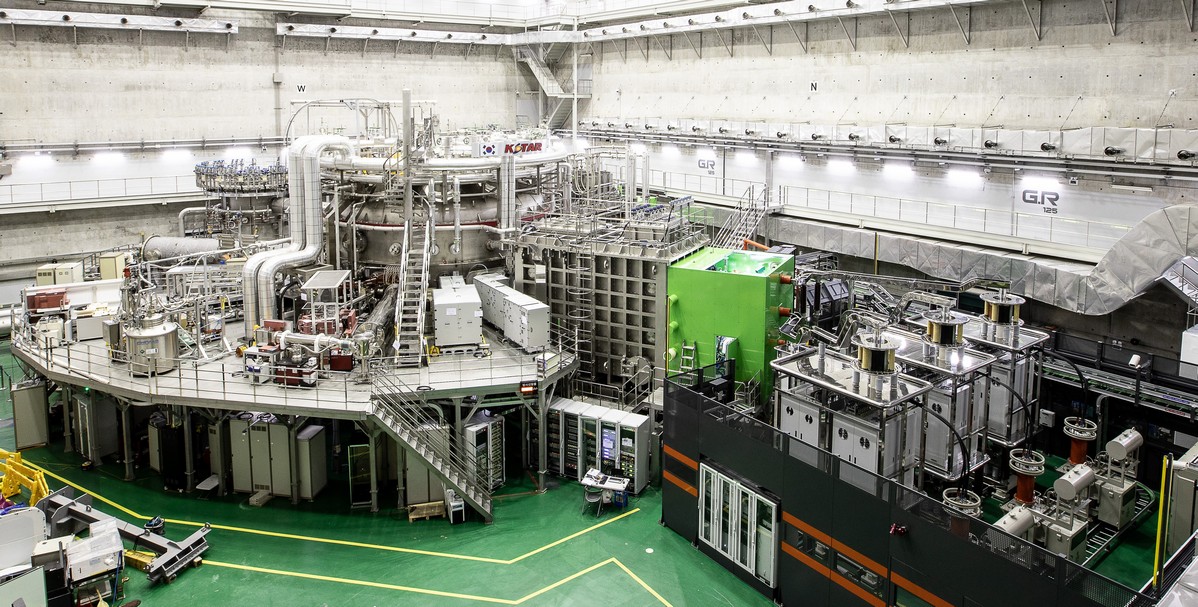 20s 100 million diploma fusion plasma with no instability – watts with it?

Scientists in Korea have managed to hold a plasma gas at 100 million Kelvin for up to 20 seconds without significant instabilities, an achievement considered a significant advance in the quest for a sustainable nuclear fusion reaction.

Korea Superconductor Tokamak Advanced Research, or KSTAR for short, works with a hydrogen plasma that is enclosed in a magnetic field.

So far, however, researchers have not been able to achieve sustained fusion performance, which requires high temperature in excess of 100 million Kelvin and sufficient control of instabilities to ensure steady-state operation on the order of tens of seconds.

Researchers at the facility are now reporting that they have crossed the threshold. “Here we report experiments on the Korea Superconductor Tokamak Advanced Research device, which produces a plasma fusion regime that satisfies most of the above requirements,” says a research paper published in Nature.

“A low plasma density in combination with a moderate input power for operation is the key to establishing this regime by maintaining a high fraction of fast ions. This regime is rarely subject to perturbations and can be reliably maintained even without sophisticated control, thus representing a promising route to commercial fusion reactors,” the authors say.

Nuclear fusion is one of the most attractive alternatives to carbon-dependent energy sources1. However, harnessing energy from nuclear fusion on a large reactor scale still poses many scientific challenges despite many years of research and steady advances in magnetic confinement approaches requires sufficient control of instabilities to ensure steady state operation on the order of tens of seconds2,3. Here we report experiments on the Korea Superconductor Tokamak Advanced Research4 device, which produces a plasma fusion regime that meets most of the above requirements: thanks to abundant fast ions that stabilize the nuclear plasma turbulence, we produce plasmas with a temperature of 100 million Kelvin, that last up to 20 Kelvin seconds without plasma edge instabilities or contamination accumulation. A low plasma density in combination with a moderate input power for operation is key to establish this regime by maintaining a high fraction of fast ions. This regime is hardly subject to disturbances and can be reliably maintained even without sophisticated control and thus represents a promising path to commercial fusion reactors.

There’s still a long way to go before you can buy a Mr. Fusion reactor at your local Walmart, but this seems like a promising development. To put that 100KJ of energy in perspective, that’s the kind of energy you need to boil water for a large cup of coffee.