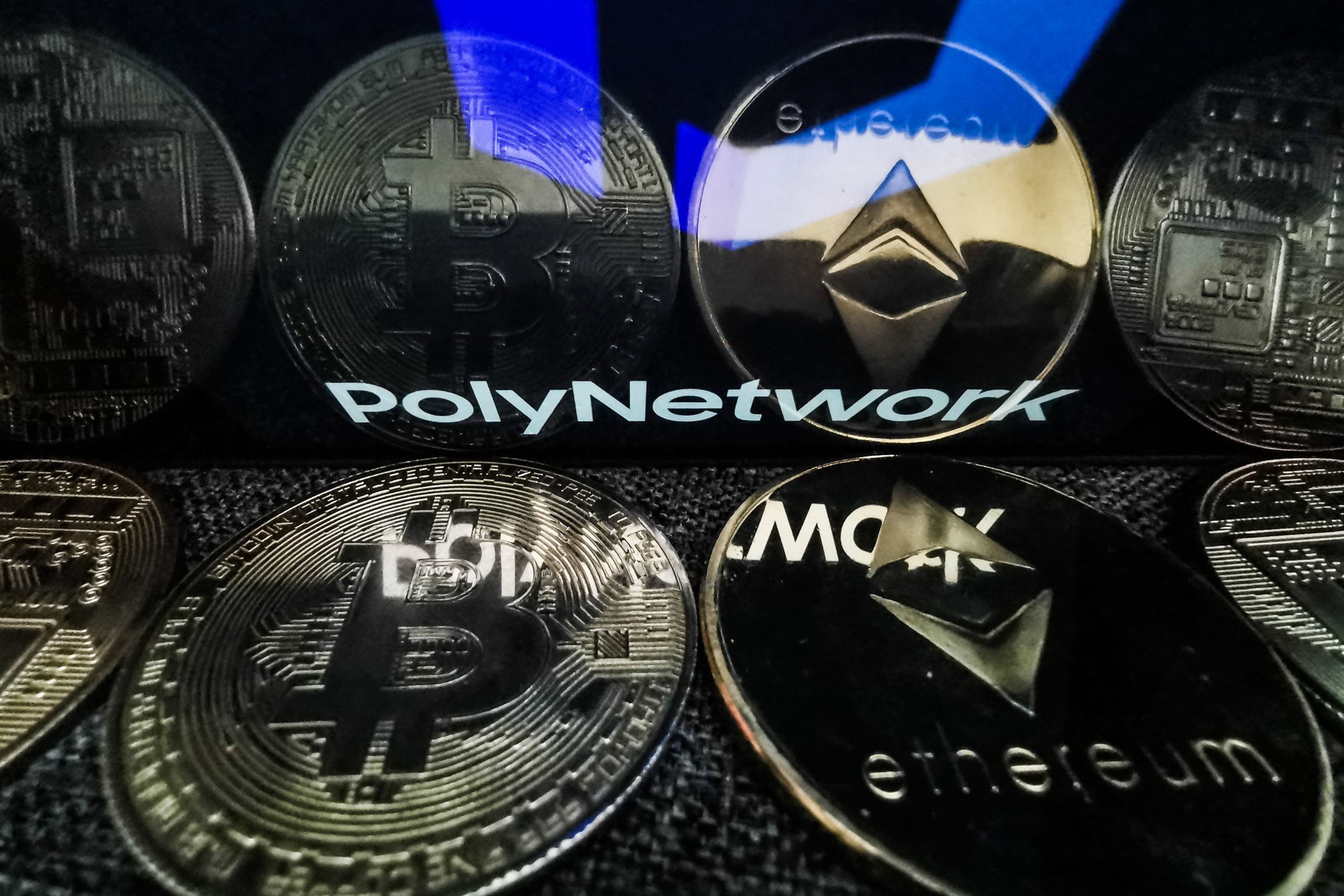 Almost all of $600 million in crypto returned

The Poly Network logo displayed on a phone screen with a physical representation of some cryptocurrencies.

Nearly all of the $600 million stolen in one of the biggest cryptocurrency heists ever has now been returned by hackers, according to the platform targeted in the hack.

Poly Network said Thursday that all of the funds except $33 million worth of the tether digital coin have been transferred back.

The issuer of tether, a so-called stablecoin pegged to the U.S. dollar, used a built-in failsafe to freeze the assets soon after the theft.

In an unusual turn of events Wednesday, an anonymous person claiming to be the hacker said they were “ready to return” the funds. The identity of the hacker, or hackers, is not known.

Poly Network requested they send the money to three digital currency wallets. And, sure enough, the hacker had returned more than $342 million of the funds to those wallets by Thursday.

But there’s a catch. While almost all of the haul has been sent back to Poly Network, the last $268 million of assets is locked in an account that requires passwords from Poly Network and the hacker to gain access.

“It’s likely that keys held by both Poly Network and the hacker would be required to move the funds — so the hacker could still make these funds inaccessible if they chose to,” Tom Robinson, chief scientist of blockchain analytics firm Elliptic, said in a blogpost Friday.

In a message embedded in a digital currency transaction, the suspected hacker said they would “provide the final key when _everyone_ is ready.”

Poly Network is what’s known as a “decentralized finance” system. DeFi projects aim to use blockchain — the technology which underpins most cryptocurrencies — to replicate traditional financial services like loans and trading.

In Poly Network’s case, the DeFi system allows users to transfer tokens from one blockchain to another.

Someone exploited a vulnerability in Poly Network’s code, allowing the hacker to transfer tokens to their own crypto wallets. The platform lost more than $610 million in the attack, according to researchers at security firm SlowMist.

Poly Network called it “the biggest in defi history.”

The self-proclaimed hacker claims they carried out the theft “for fun” and that it was “always the plan” to eventually return the funds.

CNBC could not independently verify the authenticity of the messages.

In a further message, the hacker claimed Poly Network offered them a $500,000 bounty to send all of the money back, and that they turned it down. The hacker shared what appears to be a statement from Poly Network promising that they would “not be held accountable for this incident,” effectively granting them immunity.

Poly Network did not return a request for comment from CNBC by the time of publication.

“Offering immunity may have sounded like a smart move from Poly Network to dangle a carrot, but it is unlikely that the authorities would agree with this decision nor even allow it,” said Jake Moore, a specialist at cybersecurity firm ESET.

“This attack is likely to have been watched closely by cybercriminals and law enforcement alike, potentially opening up the possibility of copycat attacks.”

Robinson said the hacker “might well still find themselves being pursued by the authorities.”

“Their activities have left numerous digital breadcrumbs on the blockchain for law enforcement to follow.”

Cryptocurrencies are often the go-to for cybercriminals, particularly in ransomware attacks that lock down organizations’ systems or steal data while demanding a ransom payment to recover access.

That’s because the people sending and receiving digital currencies aren’t revealing their identities. However, it has become possible to trace the location of the funds by analyzing the blockchain, which contains a public record of all historical crypto transactions.

Everybody will “in all probability” want a booster dose of Covid vaccines sooner or later, says the epidemiologist