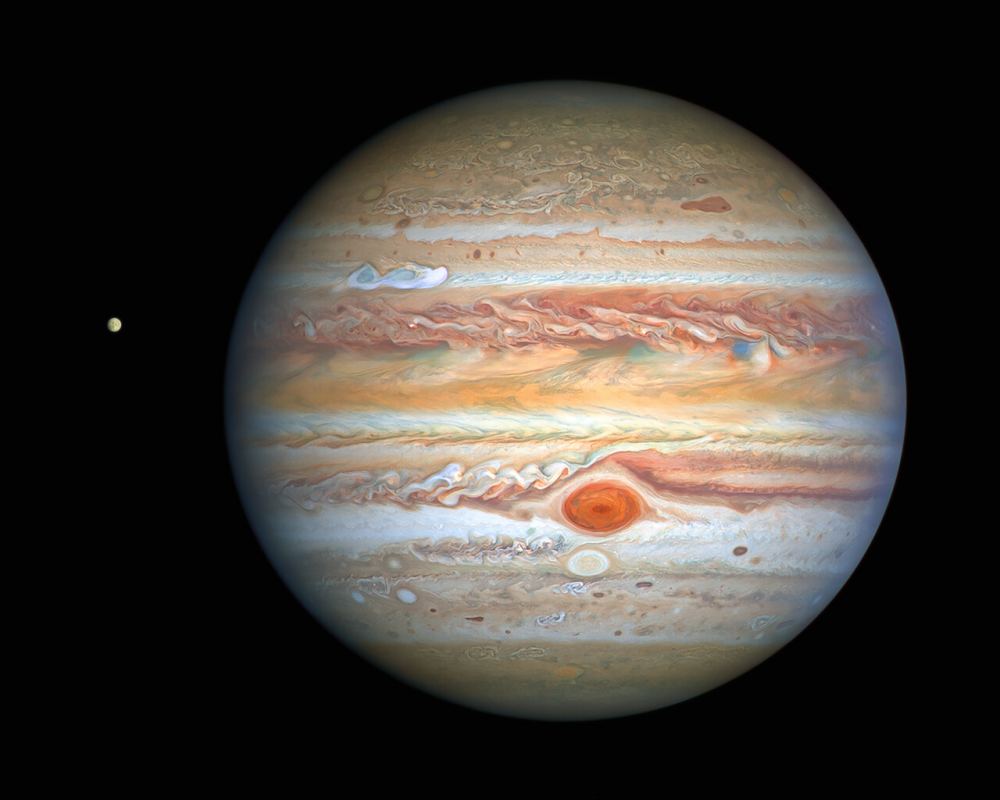 Some of the most useful distant object discoveries take time to complete. For example, several generations of planetary scientists have studied Jupiter’s clouds since the late 1970s. Their observations focused on the planet’s upper troposphere. The results show unexpected patterns in how the temperatures of Jupiter’s belts and zones change over time.

These temperatures rise and fall in cycles that are not tied to the seasons. This is unusual as scientists did not expect to find such regular variations. This could be due to Jupiter’s very slight tilt around its axis. The four decades of observations also found an association between temperature shifts in regions several thousand kilometers apart. As temperatures rose at certain latitudes in parts of the Jovian northern hemisphere, they fell at the same latitudes in the southern hemisphere. Is there a connection?

“That was the most surprising of all,” said Glenn Orton, senior research scientist at NASA’s Jet Propulsion Laboratory and lead author of a study based on the observations. “We found a connection between the temperature fluctuations in very distant latitudes. It is similar to a phenomenon we see on Earth, where weather and climate patterns in one region can have a noticeable impact on the weather in another region, with patterns of variability appearing to be “tele-connected” over large distances through the atmosphere.”

As we all know, Jupiter is covered with thick clouds. It has the largest and most complex planetary atmosphere in the Solar System and is a natural laboratory where scientists can study interactions between the belts and zones, the formation and evolution of giant swirling wind storms, and other atmospheric activity. It is also a natural laboratory for understanding the atmospheres of other giant planets. Surprisingly, its troposphere (the lowest region of the atmosphere that sits on the “surface” of Jupiter’s liquid interior) is quite similar to Earth’s. This is because clouds form and storms swirl in the troposphere of both planets.

These infrared images of Jupiter with added colors were taken by the European Southern Observatory’s Very Large Telescope in 2016 and contributed to the new study. The colors represent temperatures and cloudiness: the darker areas are cold and cloudy, and the lighter areas are warmer and cloud-free.
Credit: ESO/LN Fletcher

To understand tropospheric weather, scientists needed more data on winds, atmospheric pressure, humidity and temperatures. You’ve known since the Pioneer missions that Jupiter’s lighter and whiter bands (known as zones) are generally colder. Temperatures are warmer in the darker brown-red bands (known as belts). However, planetary scientists needed long-term measurements to understand how the weather changes over time.

So Orton’s team used observatories in Chile and Hawaii to measure the temperatures of cloud zones and Jupiter’s bands. Beginning in 1978, they studied the bright infrared light emanating from warmer regions on Jupiter. This allowed them to directly measure the temperature of the troposphere. They collected their data during three of Jupiter’s 12-year orbits around the Sun. After several decades, they began combining the data from the observations into a coherent “picture” of Jupiter’s tropospheric weather.

This time domain study of Jupiter’s lower atmosphere is a good start to understanding what is causing the cyclical and seemingly synchronized changes it is undergoing. But of course more work needs to be done. “We have now solved part of the puzzle, which is that the atmosphere shows these natural cycles,” said Leigh Fletcher, co-author of the study from the University of Leicester in England. “To understand what drives these patterns and why they occur on these particular timescales, we need to investigate both above and below the cloud layers.”

Perhaps changes in the stratosphere influence changes in the troposphere and vice versa. But what mechanism explains the link between temperature changes across large areas of the planet? Further observations should help find a link if there is one. Meanwhile, scientists believe the results of this 40-year study could help them predict the weather on Jupiter, even as they try to understand the changes observed.

The next step is to create improved climate models for the giant planet. The data feeds into computer simulations of the temperature cycles that Orton and the team measured. They could then use this information to predict how the fluctuations will affect the weather. The information could help make similar predictions for Saturn, Uranus, and Neptune.