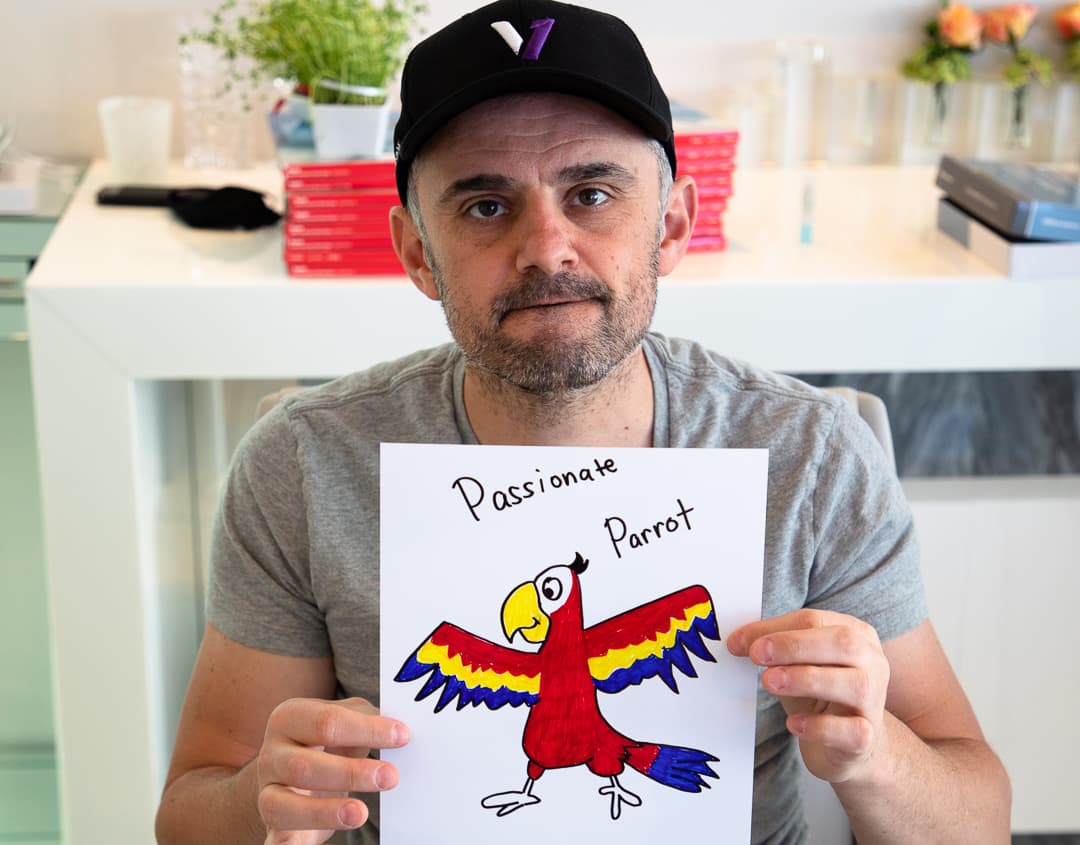 After the entrepreneur Gary Vaynerchuk teased his drawings for weeks on Twitter, he announced on Wednesday that he was launching his first NFT collection “VeeFriends”, a series of 10,255 character tokens that can be purchased via the cryptocurrency Ethereum.

Non-fungible tokens are a type of digital asset created to track ownership of a virtual object using blockchain technology. Such unique items could be works of art or sports trading cards – a market that Gary Vee became familiar with as a teenager that sells baseball cards for thousands of dollars each week.

The early investor in Facebook, Uber, and Coinbase says that each token will contain a “smart contract” that contains metadata that it can use to interact with buyers. One way Vaynerchuk plans to do this is through the annual business event “VeeCon”, which token holders get exclusive access to for three years after purchase.

The tokens can be bid through a Dutch auction which allows any investor – institutional or private – to place a bid at a certain price without knowing what others are offering to pay.

NFTs are enjoying growing popularity this year, along with a surge in the values ​​of digital currencies like ether and bitcoin. The market is growing rapidly and some digital collectibles are selling for millions of dollars.

Jack Dorsey, CEO of Twitter, sold the first tweet for over $ 2.9 million on the “Valuables” platform of the blockchain company Cent. Christie’s auction house was looking for offers for AI Artwork and virtual work by artist Beeple, which eventually sold for $ 69 million.

CNBC’s Jim Cramer said he recently used Bitcoin to pay off a mortgage and first bought ether to bid on NFTs auctioned by Time Magazine. “I have a lot of ether,” Cramer said on Squawk Box on Tuesday.

Ether, the digital coin linked to the Ethereum blockchain, hit an all-time high of $ 3,456.57 on Tuesday as the cryptocurrency extended a rally where the price rose over 350% this year.

“When I saw this human macro trend, the only way I could help others understand it was by being a part of it,” Vaynerchuk said in a statement announcing his NFT plan. “I know NFTs will be here for the rest of my life and I will be actively advising, investing and advising in this area.”

The CEO of VaynerMedia believes that small businesses should view NFTs as a great opportunity.

“I think everyone in small businesses will learn that NFTs are a way to get memberships, clubs, and discounts,” Vaynerchuk said at the CNBC Small Business Playbook virtual event Tuesday. “Just like many small businesses created apps on cell phones a decade ago, I believe NFTs will be part of the small business strategy going forward.”

Vaynerchuk said a portion of the proceeds from the sale of tokens will be used for charity, and five tokens include access to a “scholarship” that allows the holder to learn from the CEO of VaynerMedia and its professional network. In addition, contributions are made to DAOs (decentralized autonomous organizations) to offset the environmental impact of crypto mining.

26 lovely and provoking spring poems for the classroom

CDC predicts a rise in US Covid circumstances by Might attributable to variant B.1.1.7 earlier than a “sturdy decline”.