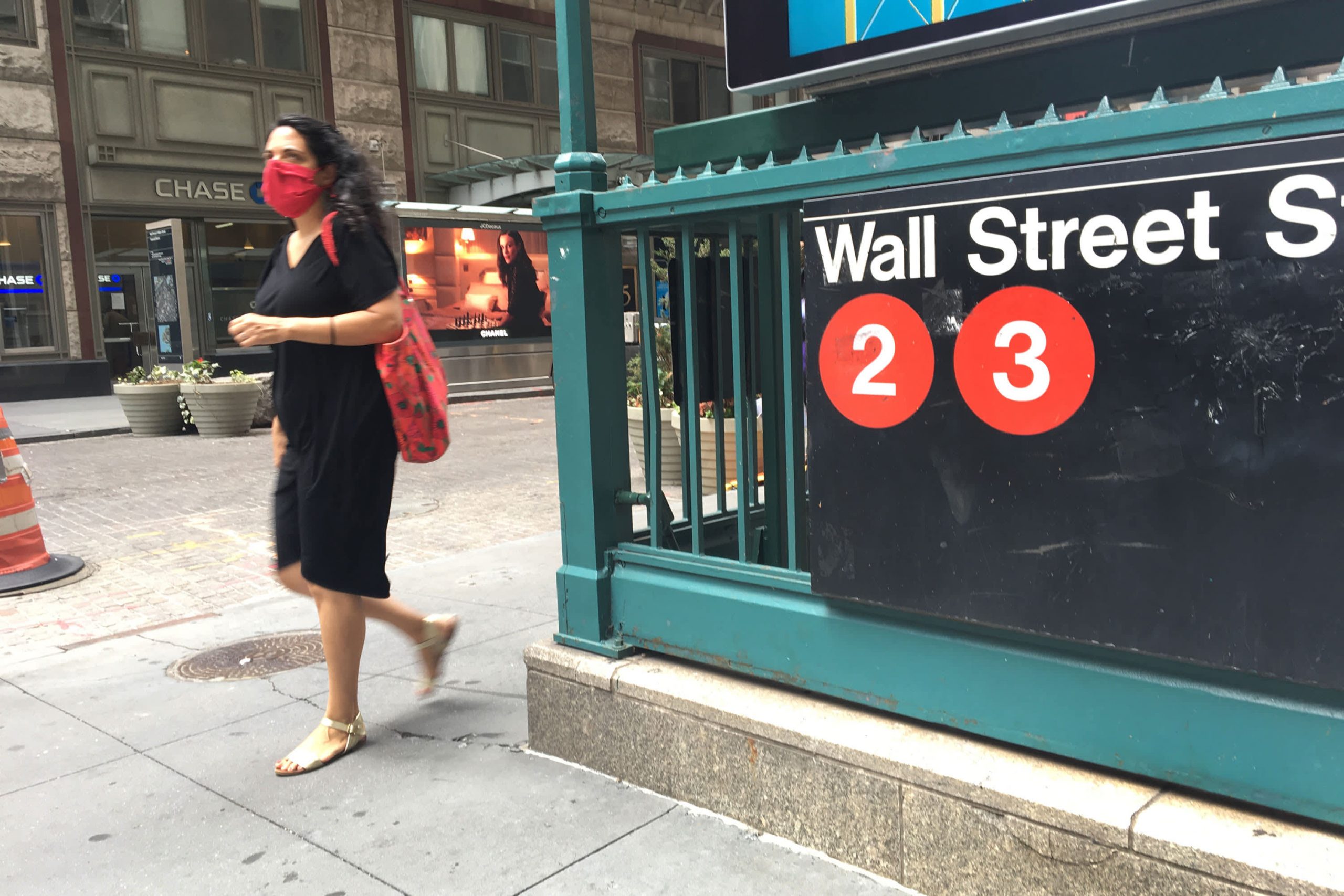 Cyclical stocks tied to the economic recovery led the gains in early morning trading. A stabilization in bond yields aided this move with the 10-year Treasury yield climbing back up above 1.30%. Bank of America led gains in financials in premarket trading. Boeing shares edged higher. Airlines, casinos, and energy stocks inched into the green.

Live Nation’s stock rose more than 2% in the premarket after Goldman said the stock can rally nearly 40% as concerts return.

Intel shares gained after the Wall Street Journal reported the company is in talks to buy GlobalFoundries Inc. for about $30 billion, according to people familiar. That would be the chipmaker’s largest deal ever.

Investors anticipate the release of June retail sales data set at 8:30 a.m. ET on Friday. Economists are expecting overall retail and food service sales to decline 0.4% from the month prior, according to Dow Jones.

The first batch of companies reported second-quarter earnings results throughout the week.

Though some of the nation’s largest lenders posted healthy profits and revenues amid the economic recovery, the reaction in the stock market has been less than rosy. Morgan Stanley’s second-quarter earnings report, for example, topped analysts’ expectations Thursday, yet its shares closed just 0.18% higher.

For the 18 S&P 500 companies that beat analyst estimates for second-quarter earnings this week, the average earnings-per-share result was 18% higher than expected. But those companies saw their shares fall 0.58% on average after reporting.

The muted moves in reaction to corporate earnings have contributed to an equally lackluster week for the S&P 500, which has dipped 0.2% so far this week.

Much of the market’s upward pressure over the last week has come from a handful of mega-cap internet and communications stocks. Apple is up 2.3% since the week began, while Netflix, Alphabet and Microsoft are all up at least 1.1%.

Wall Street may be checking its optimism in the aftermath of the recent hot consumer price index inflation report and commentary from both Federal Reserve Chairman Jerome Powell and Treasury Secretary Janet Yellen about the pace of price appreciation.

Yellen, who spoke to CNBC’s “Closing Bell” on Thursday, said she predicts prices could continue to rise for several more months before cooling off.

“I’m not saying that this is a one-month phenomenon. But I think over the medium term, we’ll see inflation decline back toward normal levels,” she said. “But, of course, we have to keep a careful eye on it.”

Moderna shares jumped 7% in premarket trading after the vaccine maker was selected to join the S&P 500 after the bell Thursday.

Do not Be Shocked if EmDrive Experiments By no means Work

5 issues to know earlier than the inventory market opens Friday