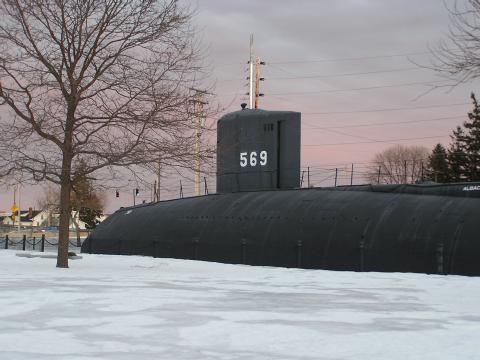 Navies have to go carbon free – watts with that?

The Royal New Zealand Navy recently launched its own magazine aimed at enhancing the service’s professionalism and “engaging with anyone interested in naval and maritime affairs”. The most noticeable contribution in the opening edition is the chief architect of the RNZN, Chris Howard, with the provocative title “Toward a Zero Carbon Navy”. It’s fascinating read.

In November 2019, New Zealand’s parliament passed the Climate Change Change Act (Zero Carbon). The net emissions of all greenhouse gases with the exception of methane are to be reduced to zero by 2050. The law obliges all parts of society to review their emission levels and reduce them wherever possible and practicable.

There is no such thing as a net zero carbon navy. But the RNZN is the only marine that pays into an emissions trading system. The New Zealand Treasury pays a maximum price of NZ $ 25 per ton of carbon dioxide equivalent and receives a substantial discount on fuel that is classified as burned abroad in the order. This is because these emissions are considered international and therefore do not fall within the scope of the national system.

Howard, while not skeptical, is realistic about the difficulty of reducing the Navy’s carbon footprint: ‘[F]or in the next few decades, it seems likely that most naval vessels worldwide will continue to rely on diesel fuel. ‘But he suggests that For example, RNZN could demonstrate a technological commitment to environmentally friendly ships by purchasing a fully electric ship as a tender or a future VIP ship. (New Zealand’s first fully electric passenger ferry is currently being built on site.) Autonomous ocean-going vessels such as solar-powered wave gliders could also help monitor New Zealand’s large offshore zone.

Zero-carbon nuclear reactors for ships are a mature technology and can be scaled down right away – NASA’s smallest fission reactors produce 10 kW or less. So it seems perfectly feasible to build reactors to power every class of naval vessel except for small tenders.

But New Zealand is so anti-nuclear that it doesn’t even want visits from US warships.

There are no serious alternatives to nuclear power, the days of sea sailboats are long gone. So New Zealand seems to be focused on token gestures, like a circular system for mixing carbon credits between the Treasury and the Navy, adding a bit of biodiesel they can’t produce themselves, and wondering if they should build in battery operated boat for VIP photo opportunities.

New Zealand might think they don’t need a serious navy, but New Zealand would be an obvious place for an international response to attempt to invade Australia – large enough to provide food and a base of operations, far enough from Australia out of the range of all bombers with the exception of long-range bombers. A hypothetical attacker could decide to attack New Zealand first, or at least try to destroy New Zealanders’ ports and maritime infrastructure and block New Zealand’s ports with wrecked civilian ships if they consider New Zealand an easy target.

Nuclear submarines, at least, would be a tremendous low-carbon deterrent. Even if port and maritime infrastructure in Australia and New Zealand were destroyed by long-range bombing, a decent fleet of Australian or New Zealand nuclear submarines could seriously hamper long naval supply lines by sneaking in, destroying convoy ships, and then quickly sprinting underwater in San Diego or Hawaii for subsequent delivery.

Both New Zealand and Australian politicians are too shy to embrace this obvious defense strategy. The conventional submarines that Australia prefers would be completely dependent on supplies from Australia; they do not have the range of nuclear submarines.

5 Scholar Trauma Assets and Articles for Your Instructor’s Toolbox