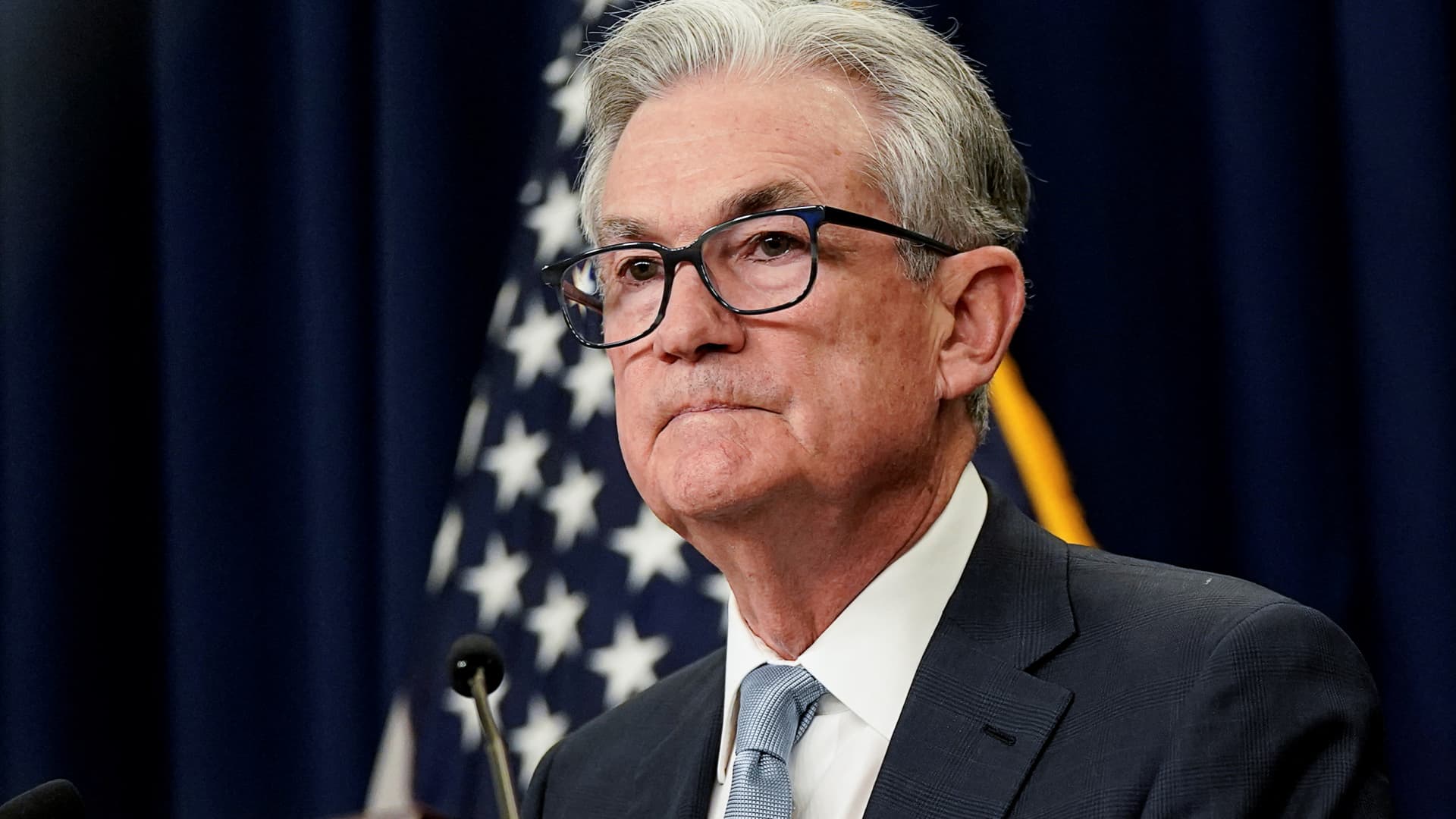 Federal Reserve Chair Jerome Powell stressed the importance of bringing inflation down now, before the public gets too used to higher prices and expects them to be the norm, in an appearance on Thursday.

In his recent comments, which underscored his commitment to fighting inflation, Powell said expectations play an important role and were a key reason inflation was so persistent in the 1970s and 1980s.

Cathie Wood calls for a major change in Fed policy in three to six months, says deflation is on the horizon

“History strongly warns against premature policy easing,” the central bank governor said in a question and answer session presented by the Cato Institute, a libertarian think tank based in Washington, DC. “I can assure you that my colleagues and I are very committed to this project and we will keep at it until the job is done.”

The event was Powell’s last scheduled public appearance before the Fed’s next meeting on September 20-21.

The Fed has hiked interest rates four times this year, with the fed funds rate now ranging between 2.25% and 2.50%.

Markets are broadly expecting the rate-setting Federal Open Market Committee to approve a third straight 0.75 percentage point hike this month. In fact, that probability rose to 86% during Powell’s remarks, according to CME Group’s FedWatch tracker for fed funds futures bets. Both Goldman Sachs and Bank of America told clients to expect that three-quarter-point hike.

One reason for acting aggressively is to ensure inflation, which is hovering around its highest rate in more than 40 years, isn’t entrenched in the public consciousness, Powell said.

“The Fed has the responsibility for price stability, by which we mean 2% inflation over time,” he said. “The longer inflation stays well above target, the greater the risk that the public will view higher-than-norm inflation, and that has the ability to increase the cost of curbing inflation.”

Recently there have been some signs that at least the monthly inflation path is easing. Gasoline prices, in particular, have been falling steadily after briefly exceeding $5 a gallon earlier in the summer.

The Fed will get its final look at inflation data ahead of next week’s meeting when the Bureau of Labor Statistics releases August CPI data. Economists expect CPI to rise 0.2% after remaining flat in July, according to FactSet. In July, however, the year-on-year increase was 8.5%, and many non-energy sectors saw sizeable gains.

Powell said inflationary pressures are largely due to pandemic-specific causes. When inflation first started to rise in spring 2021, Powell and his colleagues dismissed it as “temporary” and did not respond with major policy action before beginning to hike rates in March 2022.

However, he said it is now up to the Fed to continue acting until inflation falls and avoid the fallout of the 1970s, when a failure to implement an aggressive policy response simmered public expectations of high inflation.

“We need to act bluntly and strongly now as we have been doing so far and we need to hold on until the job is done to avoid that,” he said.

Powell pointed to the strong job market, with robust employment levels remaining despite the rate hikes, even as Fed officials expect the official unemployment rate to continue to rise. He warned last month that the economy could suffer “some pain” from tighter policies, but said a slowdown in growth was needed to tame inflation.

“What we hope to achieve is a period of below-trend growth that will result in the labor market rebalancing and wages falling back to levels more consistent with 2% inflation over time % is compatible,” he said.

2 takeaways from the Investing Membership ‘morning assembly’ on Thursday