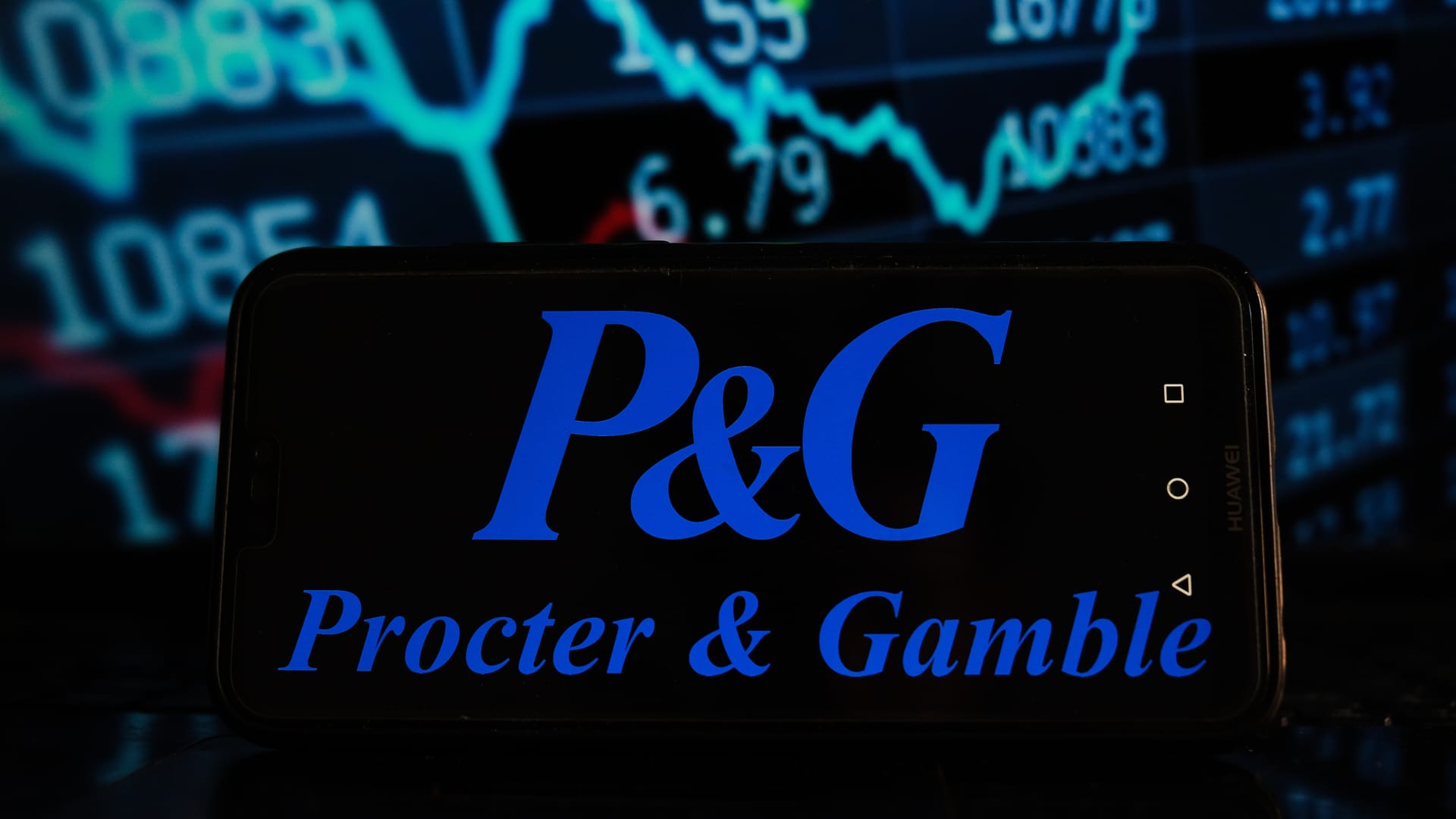 In this photo illustration a Procter and Gamble logo seen displayed on a smartphone with stock market percentages in the background.

Here’s how P&G performed in the second quarter of fiscal 2023 versus Wall Street expectations, based on an average of analyst estimates compiled by Refinitiv:

The company’s organic revenue, which excludes the impact of foreign currency, acquisitions and divestitures, rose 5% during the second fiscal quarter. This increase was the result of higher prices outweighing contracting consumer demand.

All of the company’s businesses reported declining sales volumes for the quarter, although organic sales increased due to higher prices. The hair care division, which houses brands like Gillette and The Art of Shaving and has historically underperformed for the company, did not post sales growth — the decline in volume fully offset the higher prices.

The Cincinnati-based consumer goods giant, which owns brands like Crest toothpaste, Tide laundry detergent and Pampers diapers, warned in its first-quarter report that it would lose $3.9 billion in fiscal 2023 due to “unfavorable” exchange rates and expensive raw materials , goods and freight. As a result, the company lowered its guidance despite a solid first quarter.

The company now expects headwinds of $3.7 billion for the remainder of the fiscal year, marking a slight improvement. But it warned that those headwinds would further depress P&G’s gross margins, which fell 160 basis points year over year in the second quarter.

Still, the company raised its guidance for revenue growth in 2023 to 4% to 5% from a previous 3% to 5%. The company lowered its estimated impact of exchange rates from 6% to 5%.

This is breaking news. Please check back for updates.