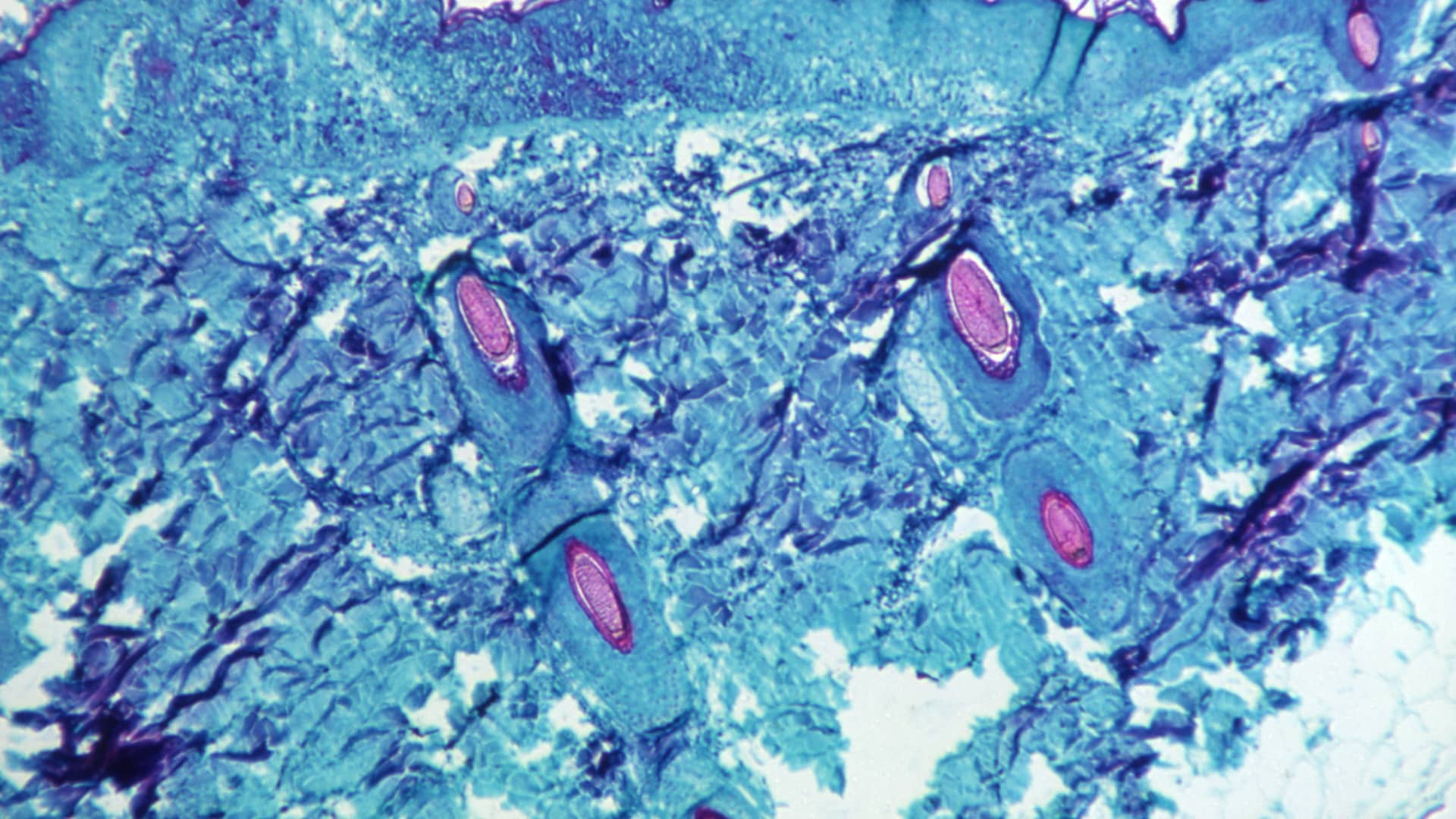 Texas health officials said Tuesday that a patient diagnosed with monkeypox died in what may be the nation’s first-known fatality from the virus.

The patient was an adult with a severely compromised immune system who lived in the Houston area, health officials said. The case is under investigation to determine what role monkeypox played in the individual’s death, officials said.

“Monkeypox is a serious disease, particularly for those with weakened immune systems,” said Dr. John Hellerstedt, the Texas state health commissioner. “We continue to urge people to seek treatment if they have been exposed to monkeypox or have symptoms consistent with the disease.”

Monkeypox is generally not life threatening, but people with compromised immune systems are at higher risk of severe disease. Patients typically develop lesions that often look similar to pimples or blisters and cause excruciating pain.

Eight countries have reported a total of 15 deaths from monkeypox since the global outbreak began this year, according to the Centers for Disease Control and Prevention. Deaths were previously reported in Cuba, Brazil, Ecuador, Ghana, India, Nigeria, Spain and the Central African Republic.

The US is battling the largest monkeypox outbreak in the world right now. More than 18,000 cases have been reported across the country, with infections now confirmed in every state as well as Puerto Rico and Washington, DC, according to CDC data.

Across the world, nearly 49,000 cases of monkeypox have been reported in 99 countries, the data shows.

The virus is primarily spreading through sexual contact among gay and bisexual men, according to the CDC. About 94% of confirmed cases were associated with sex and nearly all of the patients are men who have sex with men, Demetre Daskalakis, deputy head of the White House monkeypox response team, told reporters Friday.

The outbreak in the US is disproportionately affecting Black and Hispanic men. About 30% of monkeypox patients are white, 32% are Hispanic and 33% are Black, according to CDC data. Whites make up about 59% of the US population while Hispanics and Blacks account for 19% and 13%, respectively.

CDC Director Dr. Rochelle Walensky on Friday said health officials are cautiously optimistic the spread of the virus may be slowing as new cases fall in major cities.

“We’re watching this with cautious optimism, and really hopeful that many of our harm-reduction messages and our vaccines are getting out there and working,” Walensky told reporters Friday.

The US is hoping to contain the outbreak by administering vaccines, expanding testing, distributing antiviral treatments, and educating gay and bisexual men about the virus.

The federal government has distributed 1.5 million doses of the monkeypox vaccine so far. More than 3 million doses should be available to states and local jurisdictions when the latest distribution round is complete, according to Dawn O’Connell, head of the office responsible for the national stockpile at the Health and Human Services Department.

The monkeypox vaccine, called Jynneos, is administered in two doses 28 days apart. It is the only vaccine approved by the Food and Drug Administration in the US for monkeypox. Jynneos is manufactured by Bavarian Nordic, a biotech company based in Denmark.

To increase the limited supply, the FDA has authorized a different method to administer the vaccine. The vaccine is now being given through intradermal injection for adults, or between the layers of the skin. This method uses a lower volume dosage which allows health-care providers to extract five doses from each vial.

There is no data on the real-world efficacy of the vaccine in the current outbreak, according to the CDC. But health officials have emphasized that it’s crucial for people to receive two doses in order to trigger the strongest response from the immune system. Protection against the virus is likely highest two weeks after the second dose, according to the CDC.

The World Health Organization and the CDC have said people at high risk can reduce their chances of exposure to monkeypox by limiting their sexual partners until the second week after they receive the second dose of the vaccine. People can also reduce their risk of exposure by avoiding sex parties until they are vaccinated, according to the CDC.

For people who have monkeypox or whose partners have the virus, the best way to avoid infection is by avoiding sex of any kind while sick, according to the CDC. It’s particularly important to avoid touching any rash and not to share objects or materials such as towels, sex toys, fetish gear or tooth brushes.

The CDC is also encouraging people to exchange contact information with any new sexual partners.