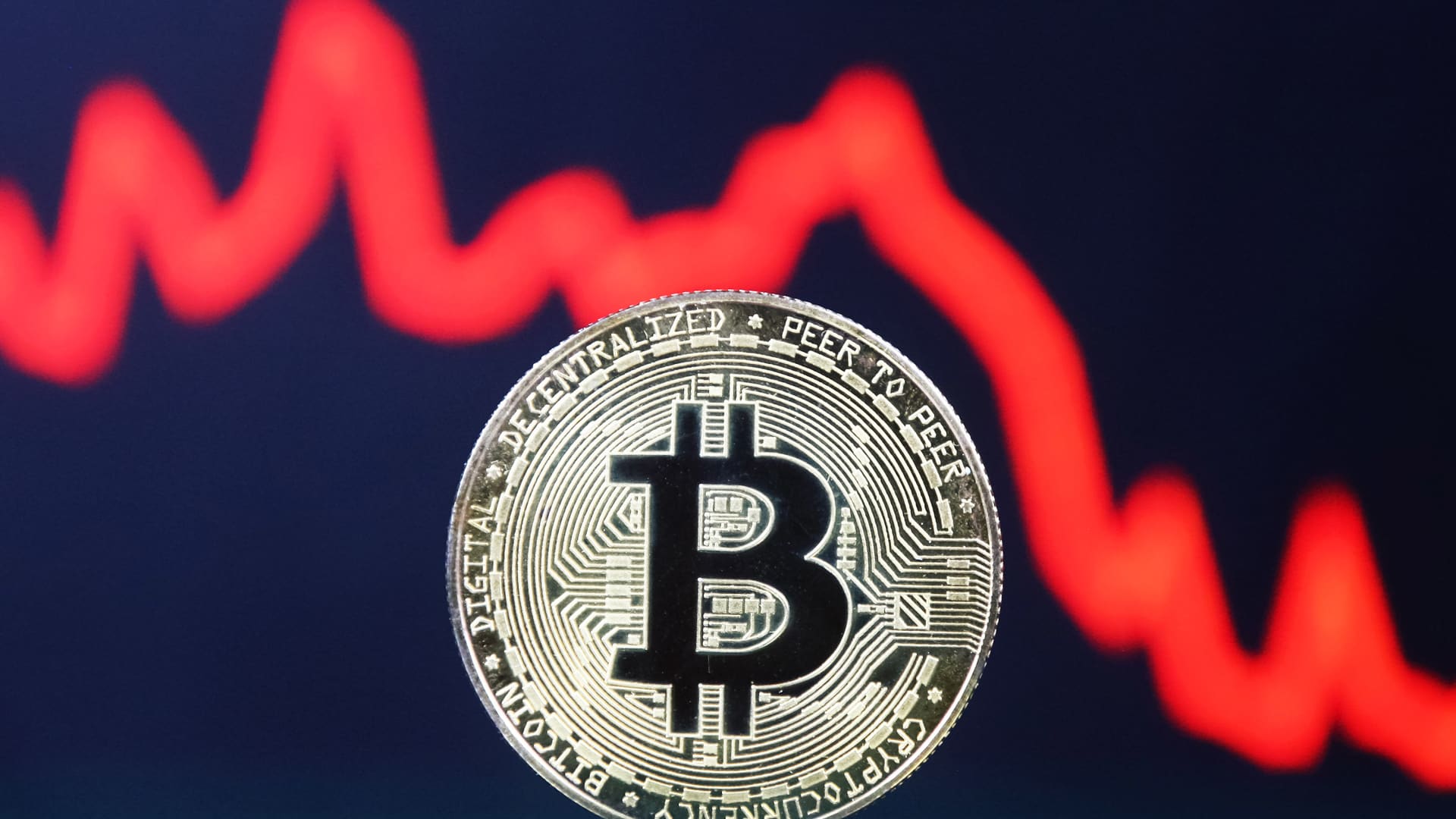 A deteriorating macroeconomic climate and the collapse of industry giants like FTX and Terra have weighed on Bitcoin’s price this year.

2022 was a tough year for crypto. More than $1.3 trillion was wiped from the value of the market. And Bitcoin, the world’s largest digital coin, saw its price drop more than 60%.

Investors have been caught off guard by a spate of industry collapses from stablecoin project terraUSD to crypto exchange FTX, as well as a deteriorating macroeconomic climate. Those who have been making predictions about the price of bitcoin over the past year have really missed the mark.

But with 2023 now here, some market participants have stuck their heads out with price calls for what could be another volatile year.

Interest rates are rising around the world, and that’s weighing on risky assets like stocks and bitcoin. Investors are also watching as the FTX saga that led to the arrest of company founder Sam Bankman-Fried in the Bahamas will continue to unfold.

CNBC rounds up some of the boldest price calls for Bitcoin in 2023.

Bitcoin bull Tim Draper had one of the most bullish calls on Bitcoin in 2022, predicting that the token would be worth $250,000 by the end of the year.

In November, the billionaire venture capitalist said it was extending the timeline for that prediction to mid-2023. Even after FTX collapsed, he remains confident the coin will hit the quarter-million mark.

“My guess is that the dam will burst as women control 80% of retail spending and only 1 in 7 bitcoin wallets are currently held by women,” Draper told CNBC via email.

Bitcoin would need to surge 1,400% to trade at this level.

Despite depressed prices and dwindling trading volume, Draper says there may be reason to believe the market has bottomed.

“I suspect the halvening will have a positive run in 2024,” he said.

The halving, or halving, is an event that takes place every four years when Bitcoin rewards for miners are cut in half. This is seen by some investors as a positive for Bitcoin’s price as it depresses supply. The next halving is set to occur sometime in 2024.

Bitcoin miners, who use power-hungry machines to verify transactions and mint new tokens, are being pressured by falling prices and rising energy costs.

These players accumulate massive amounts of digital currency, making them the biggest sellers in the market. As miners dump their holdings to pay down debt, that should remove most of the remaining selling pressure on Bitcoin.

“In previous bear markets, miner capitulation has typically indicated major bottoms,” Ayyar told CNBC. “Your cost of production becomes greater than the value of bitcoin, so you have a bunch of miners who are either shutting down their machines…or they have to sell more bitcoin to keep their business going.”

“If the market gets to a point where it sufficiently absorbs this selling pressure from miners, then expect us to see a bottoming phase.”

For some market participants, the worst is yet to come.

In a Dec. 5 research note, Standard Chartered said Bitcoin could drop as low as $5,000. The prediction, which is on the bank’s list of ‘surprises’ that markets are ‘undervaluing’, would mean a 70% plunge from current prices.

“Yields collapse with tech stocks” in Standard Chartered’s 2023 nightmare scenario, “and while Bitcoin’s sell-off slows, the damage has been done,” said Eric Robertsen, the bank’s global head of research.

“More and more crypto firms and exchanges are finding themselves with insufficient liquidity, leading to further bankruptcies and a collapse in investor confidence in digital assets,” he added.

Robertsen said the scenario has a “non-zero probability of occurring in the coming year” and “materially outside of market consensus or our own baseline views.”

Veteran investor Mark Mobius had a relatively successful 2022 in terms of his price call. In May, he predicted Bitcoin would fall to $20,000 if it traded above $28,000.

The investor, who made his name at Franklin Templeton Investments, told CNBC that his argument for bitcoin was due to rising interest rates and generally tighter monetary policy from the US Federal Reserve.

“With higher interest rates, the allure of holding or buying bitcoin or other cryptocurrencies becomes less appealing because simply holding the coin pays no interest,” Mobius said via email.

Carol Alexander, a professor of finance at Sussex University, was not far off the mark with her prediction that Bitcoin would fall to $10,000 in 2022.

Now she thinks the cryptocurrency could be poised for gains — but not for reasons you might expect.

The catalyst would be more dominoes from the FTX fallout tipping over, Alexander said. In this case, she expects the bitcoin price to surpass $30,000 in Q1 and then $50,000 in Q3 or Q4.

“There will be a managed bull market in 2023, not a bubble – so we won’t see the price overshoot like before,” she told CNBC.

“We’re going to see a month or two of stable price trends interspersed with range-limited periods and likely a few short-lived dips.”

Alexander’s reasoning is that with trading volumes dwindling among nervous traders, large holders known as “whales” are likely to step in to prop up the market. According to fintech firm River Financial, the top 97 Bitcoin wallet addresses account for 14.15% of the total supply.

Some investors have given up trying to predict the price of bitcoin. For Antoni Trenchev, CEO of crypto lending platform Nexo, recent events are a sobering moment.

Bitcoin was on a “positive path” in early 2022 with increasing institutional acceptance, but “some big forces got involved,” he said.

Trenchev once predicted that Bitcoin will surge to a peak of $100,000 by early 2023. Now he’s done predicting the price.

“We could be sitting here and talking this time next year and it could be $5,000 or $50,000, it just wouldn’t surprise me because the market is so sentiment driven,” he told CNBC’s “Squawk Box Europe.” .