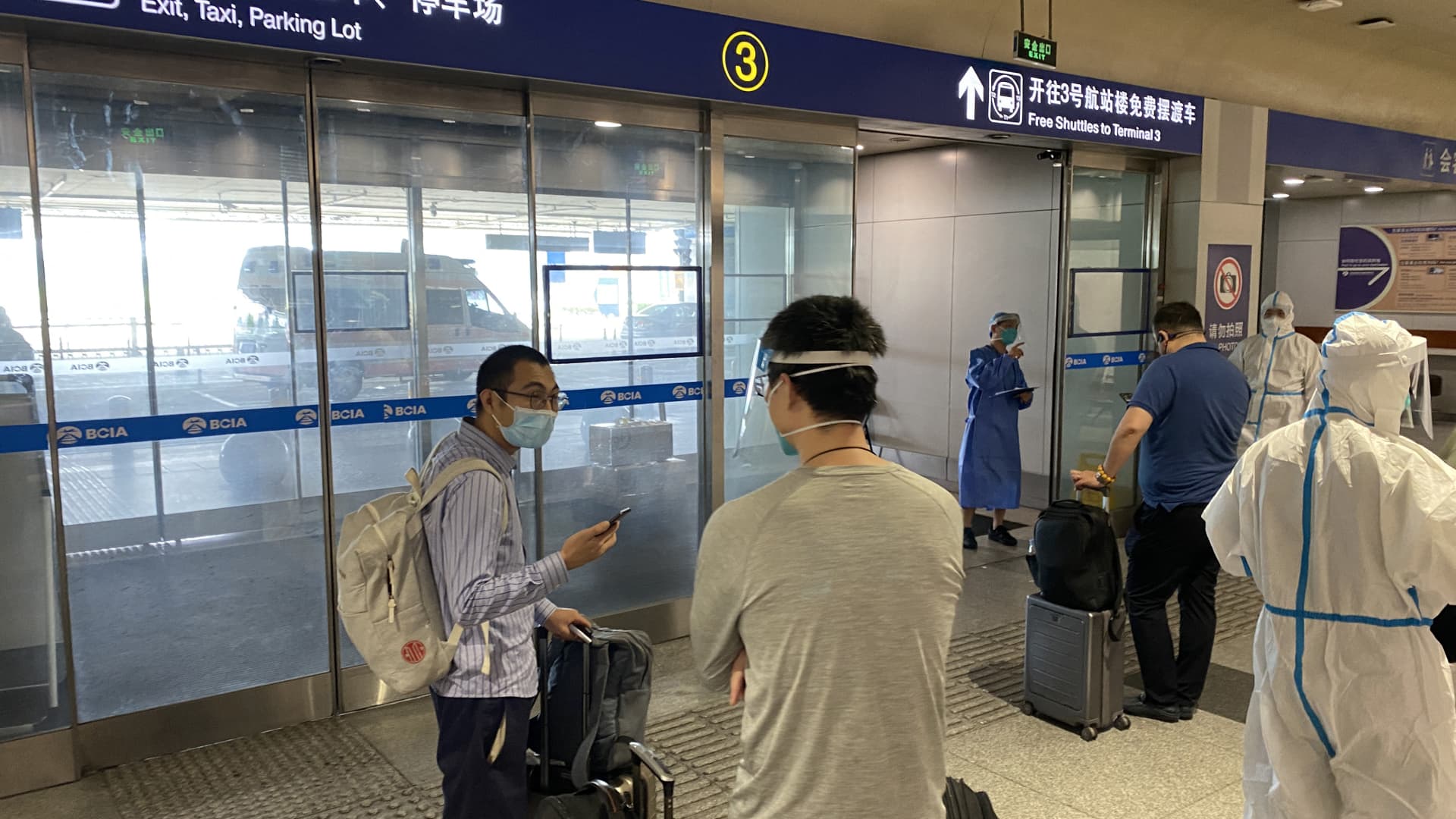 The US is contemplating new measures for vacationers from China

For more than two years, overseas travelers have been required to quarantine upon arrival in China due to Covid restrictions. Pictured here at Beijing International Airport on June 18, 2022 are passengers waiting to be taken to quarantine destinations.

The US government is considering introducing new Covid rules for travelers from China, officials said, citing concerns about virus-related data released by the Chinese government.

“There are growing concerns in the international community about the ongoing waves of COVID-19 in China and the lack of transparent data, including viral genome sequence data, being reported from the PRC,” officials said in a statement late Tuesday.

“Without this data, it becomes increasingly difficult for public health officials to ensure they are able to identify potential new variants and take prompt action to contain the spread,” officials said.

“The US is following the science and advice of public health experts, is consulting with partners and is considering taking similar steps to protect the American people,” the officials said.

Noting actions by Japan and Malaysia, the officials added that India and the World Health Organization have also expressed concern about the situation in China.

The US officials’ comments come after Japan’s latest measures requiring travelers from mainland China to test negative for Covid from December 30 – as China faces a sharp rise in infections nationwide after an abrupt reopening.

Travelers from China without a valid vaccination card must also undergo a preliminary test, the Japanese Ministry of Health added. According to the announcement, the measures do not apply to travelers from Hong Kong and Macau.

When asked for comment on Japan’s measures, the Chinese foreign ministry stressed the need for “science-based” measures without elaborating.

Taiwan will also conduct Covid testing on visitors arriving from mainland China, the Centers for Disease Control said in a statement, citing concerns about the recent spike in infections and the emergence of new variants of the virus.

All passengers arriving by direct flights from China and some by boat will have to undergo a PCR test, the statement said, adding that the measures would come into effect on January 1 and remain in effect for a month .

Visitors who test positive will have the option to self-isolate at home, the statement said.

50 of the most effective quotes about schooling

Britain’s recession shall be virtually as deep as Russia’s, economists predict