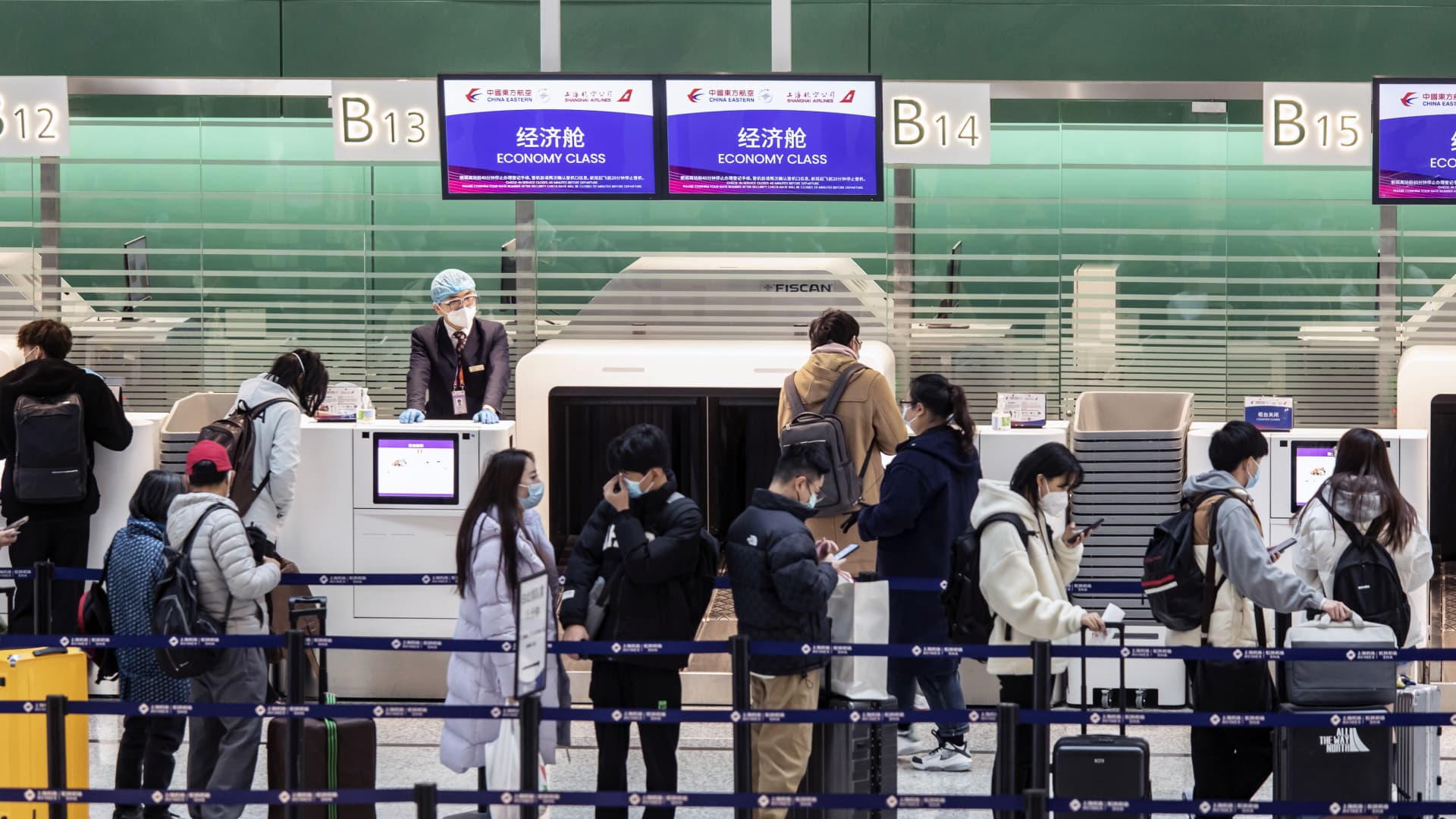 The Biden administration will require airline passengers traveling from China to test negative for Covid before entering the United States, amid concerns that widespread transmission of the virus in the world’s most populous country is leading to new variants could.

All passengers aged 2 and over from China, Hong Kong or Macau must be tested for Covid-19 no later than two days before their flight to the United States and present a negative result to the airline upon departure, the Centers for Disease Control and Prevention announced on Wednesday.

The requirements, which apply regardless of nationality and vaccination status, begin on January 5. Travelers can receive a PCR test or rapid self-test administered and monitored by a telemedicine service. The rapid test must be approved by the Food and Drug Administration or the appropriate national agency.

Travelers check in at Hongqiao International Airport in Shanghai on December 12, 2022 after China eased restrictions on domestic travel.

These three airports cover the overwhelming majority of travelers whose trips originate in China but have connecting flights to the United States, according to the CDC.

The testing requirements come as Beijing battles a major outbreak of the virus after easing its strict zero-Covid policy following social unrest earlier this year.

The U.S. has limited information about the situation on the ground in China, a federal health official told reporters on Wednesday. Testing has declined across China and it’s unclear which variants are circulating on the mainland as genomic surveillance data is also limited, the official said.

“The recent rapid increase in transmission of Covid-19 in China increases the potential for new variants,” the health official said. The US is taking proactive steps to protect public health and be alert to new Covid variants as the situation in China evolves, the official said.

The CDC is expanding its program that monitors international travelers for new Covid variants to include Los Angeles and Seattle airports. The monitoring program now covers seven airports and includes about 500 weekly flights, including 290 flights from China and the surrounding region.

The surveillance program collects nasal swabs from international travelers on a voluntary basis, and the CDC then analyzes the samples that test positive for Covid to determine if it’s a new virus variant.