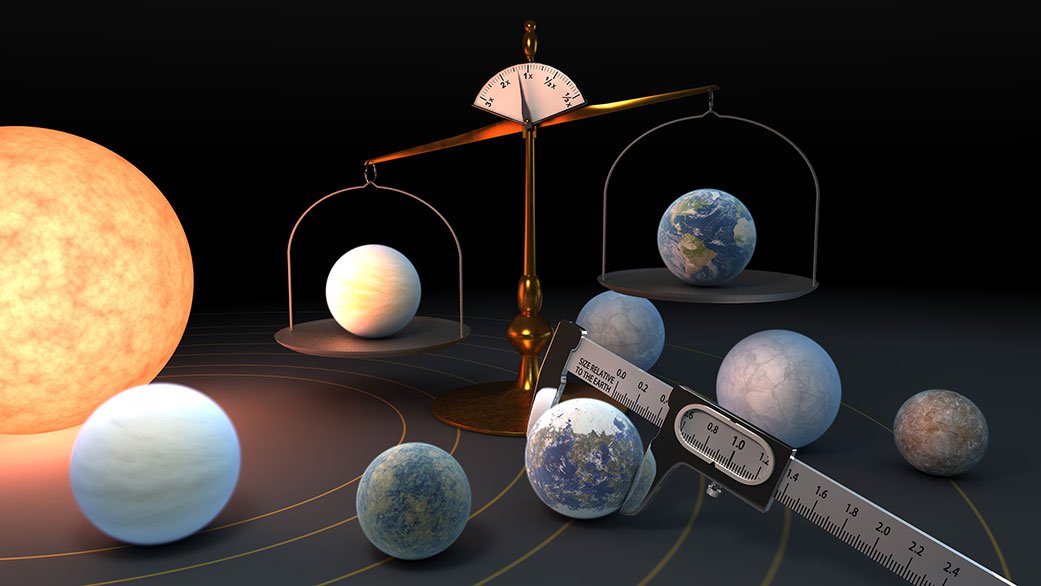 The TRAPPIST-1 system has long been studied by exoplanet hunters because there are a unique set of planets that happen to be Earth-sized too. In a recent article, a team of scientists led by Erik Agol of the University of Washington went into more detail about the density of the seven known planets in the system and surprisingly found that they were all very similar.

All seven planets were about 8% less dense than Earth. Many planets were found that were of similar density. However, a system with the same density consistency as the TRAPPIST-1 system has never been found. The authors of the paper offer three different explanations for why this might be the case.

First, there might be a little less iron in them than there is on Earth. Since most of the earth’s iron is in its core, this would mean that the core of these TRAPPIST worlds would have a smaller core than that of the earth.

Second, the planets could be completely covered in rust (iron oxide), just like Mars is. Unlike Mars, this rust could reach down to the core, which means that the iron in the core of the seven planets could actually be made entirely of rust – a strange thought.

Even more fascinating than the idea of ​​a planet with a rusty core is the basis of the third hypothesis – a large percentage of the mass of the planets could be explained by water. The three inner stars in the system are too close to the star in the heart of the system to hold liquid water. However, similar to Venus, it is possible for the planets to maintain water-heavy clouds when they have a heavy atmosphere.

Representation of several possible states for the planets in the TRAPPIST-1 system.
Photo credit: NASA / JPL-Caltech

Three of the four outer planets in the system live in the “Goldilocks Zone,” where liquid water may exist on their surface (the fourth is too far away to be the case). And there is a theory that supports the idea that these planets have more water than would otherwise be expected. Dr. However, Agol points out that the probability that all seven planets would have just the right amount of water to have the same density would be a great coincidence. While we cannot currently disprove this theory, the likelihood that the TRAPPIST worlds are covered in oceans does not improve over this particular study.

Graphic with size and density comparisons between planets in the solar system and those in TRAPPIST-1.
Photo credit: NASA / JPL – Caltech

Many more studies are sure to follow. As one of the systems with a vast majority of Earth-sized planets, TRAPPIST-1 will continue to attract observation time and attention from many in the astronomical community, regardless of what its planets are made of.