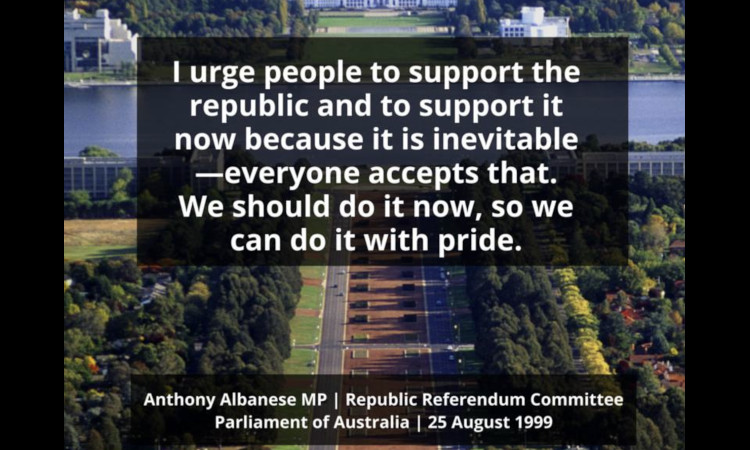 King Charles has recently declared that he will put matters that are important to him “in the hands of others”. But Australian Prime Minister Anthony Albanese believes climate activism should not be seen as political.

It would be fitting if King Charles stayed strong on the climate: Albanese

Anthony Albanese has said it would be appropriate for King Charles to continue his commitment to the climate change challenge.

“That is of course important to him‘ Albanese said on Sunday. But “I think that would be appropriate“.

“I think dealing with the challenge of Climate change should not be viewed as a political issue — it should be seen as an issue that is about humanity and about our quality of life and survival as a world,” he told ABC.

“This is a major threat and King Charles has long recognized this. I think engagement in issues is very different from engagement in partisan affairs.”

I guess it’s up to King Charles what he does, but I’m not sure I would take the advice of someone who wants him gone if I were him. Australian Prime Minister Anthony Albanese is a staunch Republican who wants Australia separated from the British royal family. The poster at the top of this page was posted on Prime Minister Albanese’s Facebook account in 2016.

I understand that many people in the US would sympathize with the idea of ​​getting rid of the British royal familyand probably many Australian WUWT readers, but there were good reasons why the Australian Republic’s last referendum failed.

The last time I was a young adult was when pro-Australian republic supporters pushed for us to drop the royals, so I personally remember what happened.

Don’t confuse Australian Republicans with US Republicans. Although the pro-republic push was spearheaded by Conservative MP Malcolm Turnbull, who later ousted climate-skeptical Prime Minister Tony Abbott, my perception at the time was that the republican movement in Australia was dominated by left-wingers who saw the departure of the royals as revenge for the Royals consider sacking far-left Prime Minister Gough Whitlam.

Then there is the startling list of failed ex-prime ministers who seem to have seen the establishment of an Australian presidency as an opportunity for a political comeback. The big joke circulating about the republic at the time of the last referendum was ex-prime minister Paul Keating, who once allegedly called Australia “the @rse end of the world” and would become our first president.

Perhaps worst of all, the presidential role that many pro-Australia republicans were pushing for would have been very weak compared to the US presidency. The plan that many were pushing for was for parliament to elect the Australian president, rather than a US-style electoral college or direct elections, and for parliament to be able to remove the president at any time by a simple majority – despite popular support for a direct vote elected President. As far as I can remember, there were no plans for the Australian President to have a US-style veto power.

For these reasons, I recall that the failed Australian Republican referendum of 1999 was widely viewed in Australia as a left-wing power grab.

And of course there is or was the perception that the royal presence in our national constitution saved Australia from becoming a communist dictatorship in 1975. The royal prerogative was used to overthrow our Vietnamese communist cheer leader, Prime Minister Gough Whitlam – so there was a widespread perception that the current system was working.

I’m not a fan of King Charles, but until Australian politicians come up with something better than the flimsy, selfish Republican constitutional proposal they pushed, better the hell we know last time.